Since moving to a new house, I have been interested to learn how a building works.

While studying the engineering and science involved in building design and maintenance, many sources pointed out that temperature, humidity and pressure differences are key in figuring out if the building is designed well and is healthy a place to live in.

I initially spent way too many hours designing my own monitoring system, including cheap DH11-sensors. Results were completely unusable, as the cheap humidity sensors drift a lot over time. There also was no pressure sensor, so I could not get information of how the air moves inside the building.

Finally, I decided to get proper hardware to do the analytics, and decided to buy a 3-pack of ruuvitags

Here is a writeup of how to get data out from Ruuvitags and how to generate graphs from the data.

This is not sponsored post. I spent my own money on the devices. This writeup exists because I like design of a Ruuvitag and I want to share my thoughts with others. 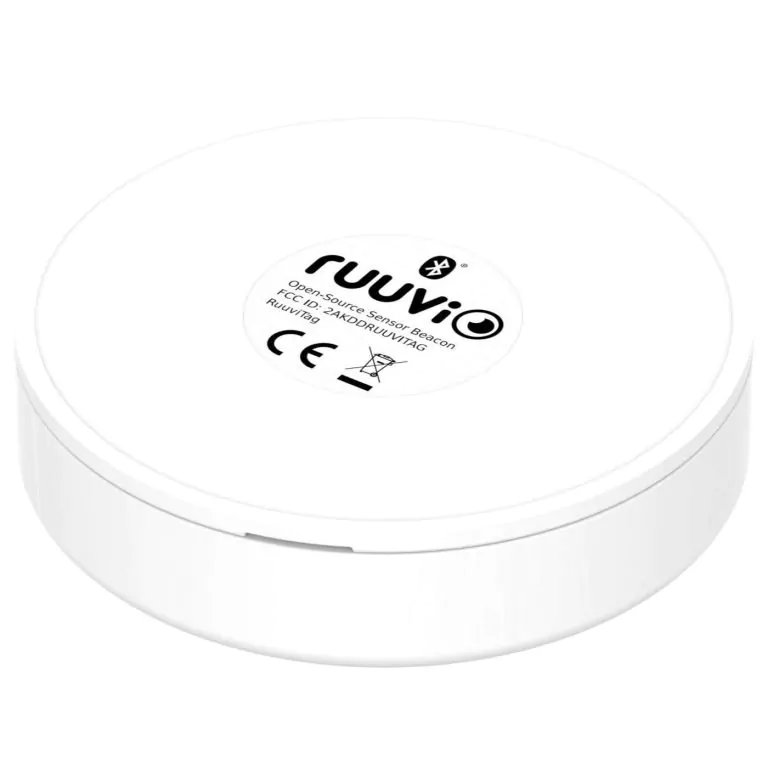 Ruuvitag is open-source product, which measures temperature, humidity, pressure and 3-axis acceleration. Telemetry is sent via BLE and Wirepass. BLE-protocol can be used to read the tags with smartphone or PC.

Wirepass-protocol forms an mesh-network, and allows larger array of sensors. To utilize wirepass, you need Ruuvi Gateway Router. I used Raspberry Pi 3B+ and on-board bluetooth-peripheral to read telemetry.

Ruuvitag is powered from a coin-cell battery (CR2477) and continues to operate until 1.7V. Manufacturer promises 1 year of lifetime for one cell, which is quite enough for my use.

To get started, I found this awesome project by Ilpo Latvala: https://github.com/ilatvala/ruuvigw

The playbook also configures everything, so in theory you just need to set the correct MAC-addresses for your ruuvitags and run the playbook.

To run the playbook, you simply need to download the ruuvigw.yml-file and run ansible-playbook -i "127.0.0.1," ruuvigw.yml

To link the collected telemetry to human-readable name of the sensor, you need to tell the ruuvicollector-service the names of your ruuvitags.

On line 12 of the playbook, you will find the “ruuvinames”-section:

Here, the cryptic-looking string of letters and numbers is the Ruuvitag’s unique identifier, Bluetooth MAC-address.

You can find the correct MAC-address of each tag by going to the Ruuvi Station app on your phone. From settings, scroll down and you will find “MAC-address”-field. Write those characters, without the colon-marks, in the “ruuvinames”-section and add a name for the sensor.

For example, if the MAC-address for a sensor in Ruuvi Station app would be B6:3C:47:CF:90, and the sensor is placed in the kitchen, the “ruuvinames”-section would look like this:

In reality this step was a bit more complex, as I was running the playbook on Raspberry Pi, with 2022-01-28 Raspberry Pi OS (Buster). It seems that because I was using older Debian Buster, the Ansible version was older than the one the playbook used. When trying to run the playbook, it could not use several parameters, and it did not find correct version of the python-interpreter.

Here is the fixed version of the playbook for Debian Buster

After successfully running the Ansible playbook, you can login to Grafana via https://localhost

If you are running the Ruuvi Gateway on another computer, check the IP-address of it via ip addr and use that address in browser.

After opening Grafana, you should see few ready-made dashboards on the first page; Ruuvi Measurements, Ruuvi V2 and Ruuvi Analytics 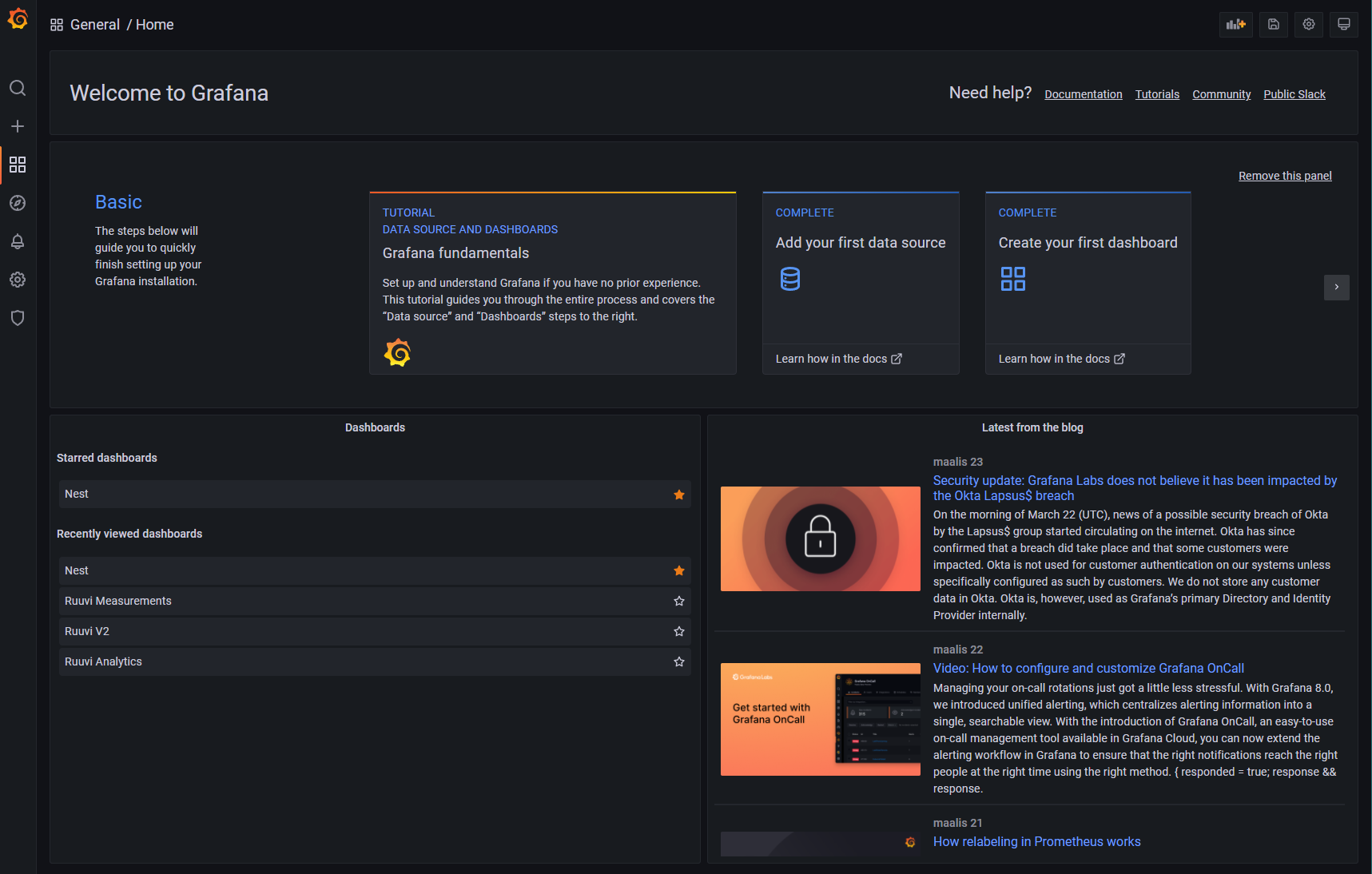 By going to Ruuvi Measurements, you can find the raw telemetry pulled from the tags. This is good starting point for your own dashboard.

By default, the graph legend looks something like ruuvi_measurements.mean {mac: A67C075F95C6} This is not very useful, but you already set the name for this MAC while configuring the playbook, so let’s add that to the legend. 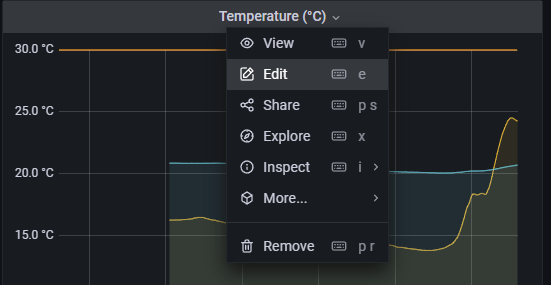 Now the graph legend shows tag names instead of MAC-addresses

I wanted a graph to illustrate how air moves inside the building. Especially I wanted to ensure that the intake of air is always from outside, from fresh air.

If instead there would be negative pressure between these two spaces, the “fresh air” would be pulled from attic, via the insulation of the building, causing poor quality air to be pulled to the living space.

To solve the pressure difference, I created new graph, with two queries: Pressure from attic and pressure from living space

You can open the raw query editor by clicking the pen-icon on the right.

In Transform-tab, I added a binary operation to create a graph of the difference between these two pressures.

Then, to clean up the graph, I added an field override to remove the raw pressure graphs:

I also added a treshold to 0, creating green area of positive pressure. This gives us nice visual feedback that if the graph is in the green-area, everything is good. 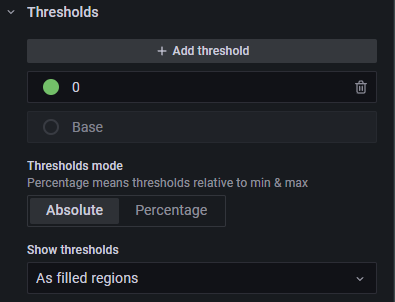 After all this, you get a nice graph of the pressure difference between these two sensors.